WAYS OF SEEING AN EXHIBITION 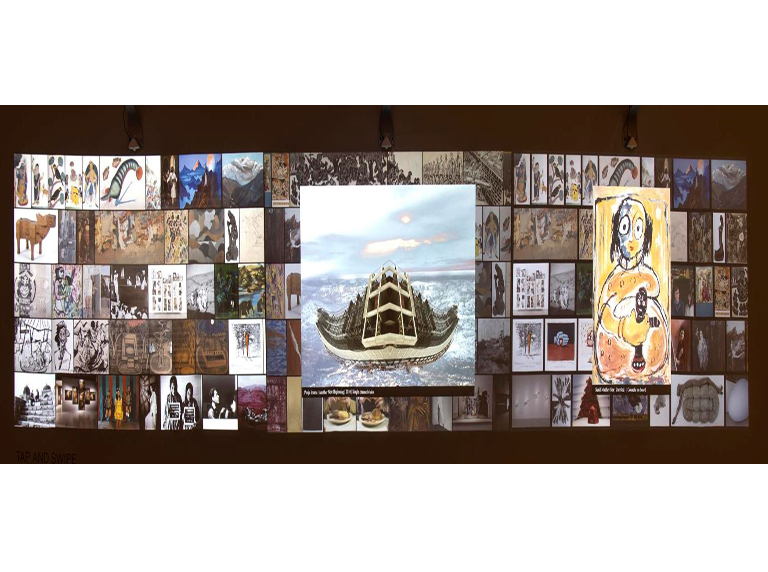 THERE ARE MANY WAYS TO VIEW AN EXHIBITION, UNDERSTAND VISUAL ARTS AND ABSORB NUANCES OF THE DISCIPLINE. EXPLORE THEM THROUGH STORIES BEHIND ART MAKING, ARTISTS’ PRACTICES AND EXHIBITIONS THAT UNFOLD NEW INTERPRETATIONS.  READ, WATCH AND LISTEN TO LEARN ABOUT EXCHANGES AND INTERSECTIONS IN MODERN AND CONTEMPORARY INDIAN ART.

Engage with the collection of Kiran Nadar Museum of Art (KNMA) through one of its recent exhibitions ‘Narrating from the Museum Archives and Collection’.  Browse through four selected sections from the expansive show, catch glimpses, read and get introduced to a few iconic artworks of celebrated artists.

The program is designed with a wide range of information for viewers interested in modern and contemporary Indian and south Asian art.  It is imagined primarily keeping young adult viewers in mind; however, it is not restricted to the same.  The program aims at encouraging the viewer to delve deeper into images of artworks and exhibition displays to look for extended meanings through illustrative information in videos, web links and texts.

For information on images click and explore the (i) button. Find out about artists, art practices, ideas and art movements through the hyperlinks. Interact with the artworks with puzzles and games!

GLIMPSES:  NARRATING FROM THE MUSEUM ARCHIVES AND COLLECTION

The exhibition ‘Narrating from the Museum Archives and Collection’, intends to act as a measure of self-assessment. It collates converts and creates different formats and content to explore the collection and exhibition archives. The exhibition draws from diverse programs, films, registers of networks and inter-generational conversations that the museum has immersed itself into, since the last ten years.

Learning, viewing, making, sensing, imagining and immersing life in art is both a privilege and a choice that commands rigor and commitment over decades.  Practices of artist-pedagogues grouped together in this section were firmly grounded in the rhythms of everyday life. As visual poets, Nandalal Bose, Benodebehari Mukherjee, Somnath Hore, KG Subramanyan, Gulammohammed Sheikh, Krishna Reddy, A Ramachandran, Ganesh Haloi and Anupam Sud were inspirational figures, who created a novel discourse around their practice of teaching and art making that still holds sway over generations of artists.

Historical lineages of modern and contemporary South Asian art continue to be read, rooted/routed through art schools and informal and experimental pedagogic programmes in the region. The transference of artistic vocabularies, impulses and empathies, schools of thought and their speculative interpretations occurs slowly and in unforeseeable ways.  Juxtaposing these artists’ oeuvres in unprecedented ways, we at KNMA engaged with their inheritances and were in the process left astounded by the unexpected encounters and discoveries. As observers, storytellers and aestheticians, these pedagogues take us through the intensity of words and power of images.

PROGRESSIVES: A GENERATION OF PARTITION AND INDEPENDENCE

KNOW THE ARTISTS  AND THE ARTWORKS

A dialectic of euphoria and agony shaped the cultural landscape of India during the late 1940s and 50s, following the conflicting experience of Independence and Partition that the nation underwent. A new generation of artists, unrestrained by the populist and revivalist ideas of the anti-colonial era and emboldened by the liberal notions of individual freedom and imagination, sought a new form of expression where Indian modernism found its most crystalline moments. Mainly based in the industrial and cosmopolitan city of Mumbai, FN Souza, MF Husain, and SH Raza, along with a few other painters, formed the Progressives Artists’ Group in 1947 – a historical initiative which soon found its followers in the artists such as Tyeb Mehta, VS Gaitonde, and Krishen Khanna, and sympathisers in the solitary souls like Ram Kumar. This unique aesthetic of ‘Progress’, heroic yet collective in spirit, confidently engaged with the questions of ‘developing the urban’ and ‘strengthening the rural’   remain as an elemental character in many of these works.

The KNMA collection started by acquiring paintings made by this unique generation of artists, “the Progressives”. The collection holds iconic paintings like Souza’s Indian Family (1947) and Birth (1955), Husain’s Yatra (1955) or Raza’s Saurashtra (early 1980s). Photographs of many of these artists taken by Richard Bartholomew and Parthiv Shah, along with a few other seminal works, transport one to an era of tremendous archival and historical importance.

The Black Wall is not painted black. It inhabits a range of monochromatic works and their nuanced imagery. It is conspicuous because it holds works of different sizes and forms, some massy, some linear, quasi-abstract and abstract, bending towards the non-representational. The walls of a museum are often overlooked as inconspicuous, permanent, or modular accessories that camouflage and reappear in new but limited configurations. However, at KNMA, they translate, deflect, differ and host an emergence of artworks and artistic propositions, remaining attentive to local, regional, individual and intersecting histories of art. In its two semi-permanent spaces, with layers of painted-over surfaces, within new and old constructions, the walls of KNMA have been unassuming participants and bystanders to exhibition making.

For the ‘Ten Years of KNMA’,  The Black Wall was composed with works chosen from retrospectives previously organized at the museum. This black wall is an encyclopaedic and lexical resource that anticipates future research and comparative methodologies built upon an extant knowledge base.

There has been the privilege to explore and follow the cues from one exhibition to another at KNMA. The solo-presentation of Surendran Nair’s journey as a student at the Govt. College of Fine Arts, Trivandrum, and then at the Faculty of Fine Arts, Baroda, during the late 1970s and 80s led us to the group exhibition Pond Near the Field that further mapped the local art-scene around these art colleges. These intersecting histories also brought to focus the connected oeuvres of KP Krishnakumar, KM Madhusudhanan, CK Rajan, and NN Rimzon; all alumni of the Trivandrum art college, a place where they, along with Nair, spent their formative years to initiate and evolve a radical art practice. Their interventions had a considerable impact on the post-Emergency Indian art, particularly with the short-lived Indian Radical Painters and Sculptors’ Association led by Krishnakumar. This small cross-section presents the studies and portraits of peers and artist-friends done by this influential collective.

VIDEOS FROM THE KNMA ARCHIVE

WORKS OF M F HUSAIN AND F N SOUZA WERE DISPLAYED IN THE SECTION : PROGRESSIVES: A GENERATION OF PARTITION AND INDEPENDENCE IN THE EXHIBITION ‘ NARRATING FROM THE MUSEUM ARCHIVES AND COLLECTION’

The string of exhibitions under the title ‘Stretched Terrains’ were woven out of different ingenious pursuits, proposals, and vocabularies that emerged in the context of the decades following independence. With its simultaneous seven uniquely interrelated yet independent exhibitions, ‘Stretched Terrains’ cuts across architecture, painting, films, and texts in the form of letters, sketchbooks, and discursive writing. It introspects on varied ideas around progress and progressive, developing the existent urban, strengthening of the rural and the making of the ‘nation-state’.

WORKS OF VIVAN SUNDARAM,  JERAM PATEL, ARPITA SINGH, HIMMAT SHAH  AND NASREEN MOHAMEDI WERE DISPLAYED IN THE SECTION : THE BLACK WALL IN THE EXHIBITION ‘ NARRATING FROM THE MUSEUM ARCHIVES AND COLLECTION’

Titled after one of Vivan Sundaram’s paintings ‘Step inside and you are no longer a stranger’ which is part of the Punjab University Museum collection, this eponymous exhibition invited a poetic step from the spectator. At times, a provocateur seeking participation and collaboration, and sometimes acting as an interlocutor, Vivan has continuously attempted or staged immersive situations and spatial structures for the viewer through his installations. It is the spectator that holds the centre. The exhibition was animated with gestures and narratives that addressed the topical, the historical and the personal, alongside marking the cusp of significant shifts in the history of modernism in India.

KNMA presented the first ever two-part retrospective of eminent artist Vivan Sundaram in 2018, one of the most influential artists of his generation in India. This large-scale exhibition was an extensive showing of his multimedia practice, bringing together many of his rare and key works and experiments, reflecting on his take away from Modernism, elements from Pop and Kitsch, moving away from the centrality of painting to take a conceptual turn.

Submergence: In the midst of here and there: ARPITA SINGH | Six Decades of Painting
This retrospective exhibition at KNMA in 2019, gave an opportunity to view six decades of Arpita Singh’s art practice. Engaging with her complex view of the world through her seminal paintings, drawings, sketches and watercolours from various public and private collections, the exhibition focused on her long and singular commitment to the medium of painting and its evolution into a personal expressive language.

The exhibition ‘the euphoria of being’ was a celebration of Himmat Shah’s solitary pursuit and inspiring nomadic life lived under an open sky that transformed into a recurrent poetic metaphor of the vastness and infinity of space in his work. A key highlight of the exhibition included his drawings and sculptures inspired by the landscapes of Rajasthan. Jawahar Kala Kendra in collaboration with Kiran Nadar Museum of Art presented the exhibition at Jawahar Kala Kendra, Jaipur, Rajasthan in 2017.

Nasreen Mohamedi | A view to infinity: A Retrospective (1937-1990); Part of Difficult Loves

In the history of Indian Modernism, Nasreen Mohamedi is a distinct figure who broke away from the mainstream art practice of the early decades of post-Independent India, choosing the less explored trajectory of the ‘non-representational’. Without engaging in reconfiguring the world in images, Nasreen was drawn to ‘space’ and her art was inspired by both man-made environments, especially architecture, geometry as well as the underlying structures in nature. The optical, metaphysical and mystical overlapped in her quest for a non-objective, non-material world.
This exhibition from 2013, brought together an extensive body of work drew connections between Nasreen’s works from the early 1960s to the 80s, and highlighted the singular vision that ran  through the notes from her diaries, to her early paintings, collages, photographs and drawings.

WORKS OF C K RAJAN, SURENDRAN NAIR, N N RIMZON, KM MADHUSUDHANAN AND K P KRISHNAKUMAR WERE DISPLAYED IN THE SECTION: PEERS, COLLECTIVES AND INTERLOCUTORS IN THE EXHIBITION ‘ NARRATING FROM THE MUSEUM ARCHIVES AND COLLECTION’

POND NEAR THE FIELD : Five Artists from Kerala
One sees the absurdities of humanity unleashed in the black and white film-like stills in charcoal by Madhusudhanan, the dark, tragic soul of Krishnakumar’s heroic man, the subaltern figure of N.N. Rimzon amidst confining circumnavigating boundaries, the political wit and satire of C.K. Rajan’s collages and the quirky whimsicality of Surendran Nair’s,  witty play of words /images. Their growing camaraderie is witnessed in the portraits painted of each other and the spaces they occupied in the absence of individual artist-studios and financial support. This  exhibition from 2015-16 brought  into focus the works of five artists who spent their formative years in Kerala and whose subversive art practice problematized the discourse of Indian Art in the 1980s and 90s.

Celebrating the past decade and  bringing back vignettes that highlight the museum’s multi-focal vision, its evolving mission, directions and journeys undertaken, mapping intersecting histories of the subcontinent. Reflecting on its archive and collection built over the course of ten years of institution-building exercise, this unique exhibition ‘Narrating from the Museum Archives and Collection’ reconsiders the complexities of inhabiting its current semi-permanent locations/spatial contexts, one inside a mall and the other in a technology hub. It explores the potential of a young coming of age institution in South Asia that is continuously plotting under-researched narratives, interventions, shared and collective experiences in art.

Encouraging participatory engagement with exhibitions was one of the objectives of this program. Viewing is not a passive act; it stimulates our thoughts and contours our endeavors. To provoke and proliferate an active viewing practice, this program attempted to evoke curiosity around images, anecdotes, objects and ideas. Write to knma@hcl.com to share opinions and suggestions about new ideas on viewing exhibitions. 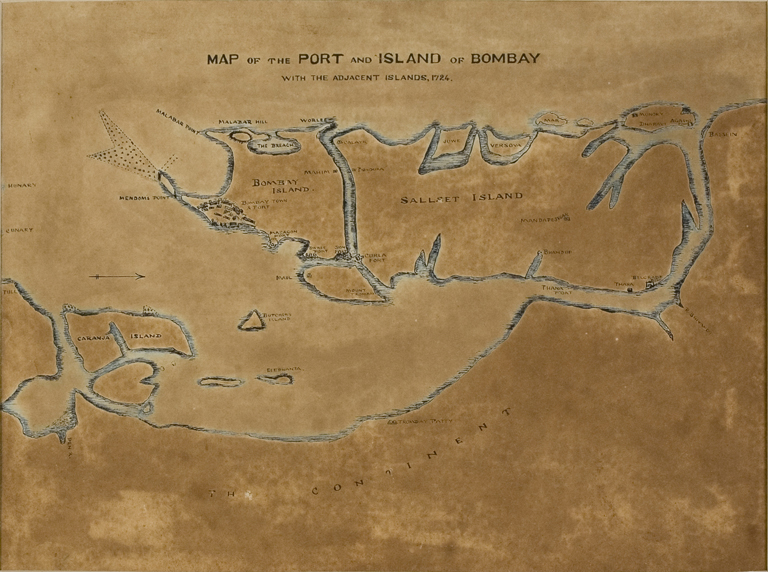 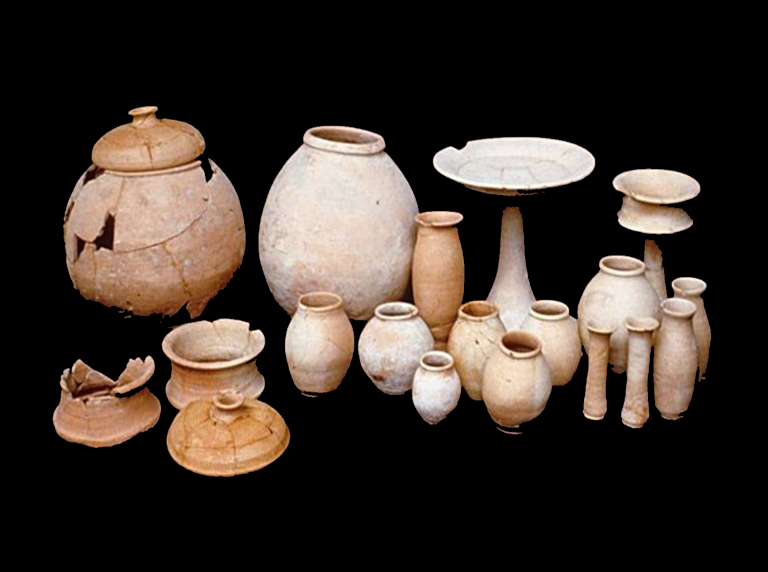 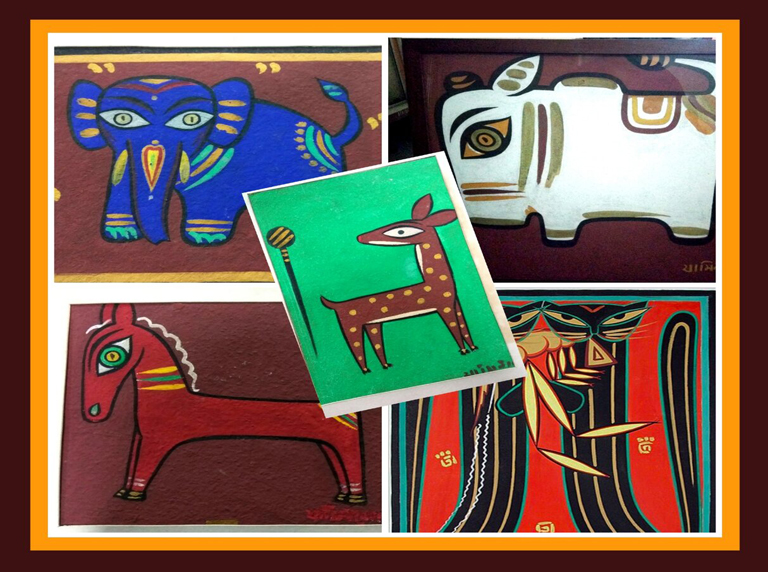 Explore the world of animals in the art of Jamini Roy