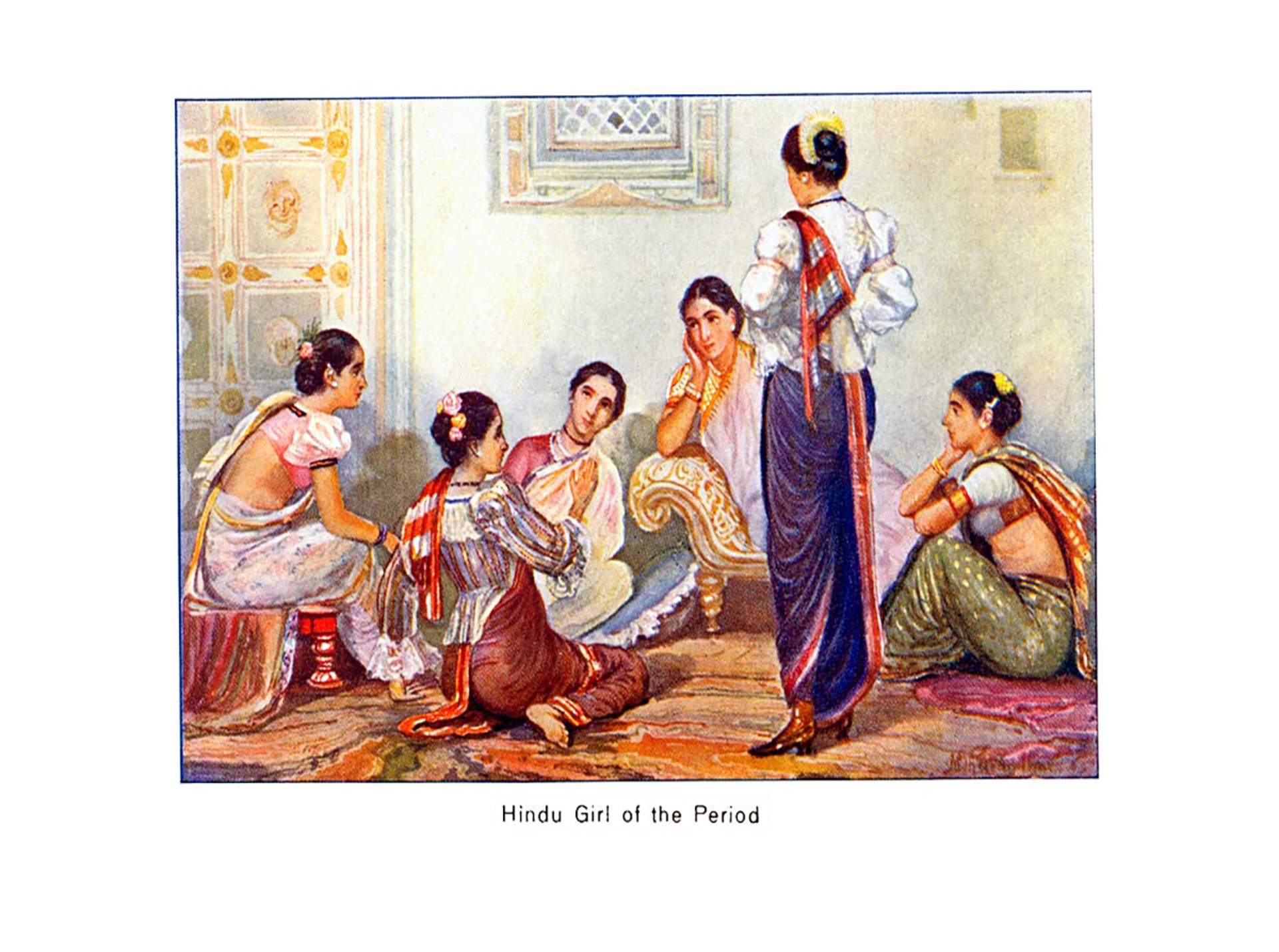 The blouse, a fitted top-wear worn by women with sari or lehenga, is a staple in the living tradition of India’s dressing habits. A piece of clothing so obvious in the everyday clothing of Indian women, we have remained largely ignorant of the rich history of the blouse, a garment once unknown to the subcontinent. This exhibition understands the history of the blouse through the intersection of the transition of not covering the upper body to covering the upper body and the transition from wearing unstitched clothes to stitched clothes.

Spanning over a temporal framework, from 1st Century A.D. to mid-20th Century, the exhibition will highlight some key moments in history, bring forth the role of colonial and non-colonial influence on women’s clothing – with the intention of raising questions around ideas of ‘tradition’ vis-à-vis ‘modern’. The archaeological relics, paintings, and photographs, woven together by the historical narrative will look at the blouse as a historical object, as a form of cultural identity, a marker of social status and as a statement on social and moral values which if more often than not, is associated with the woman’s body.

Drawing across from repositories of archaeological relics, paintings and photographs, this exhibition will take you through the four main sections – history of women’s clothing in India’s ancient past; cultural influences of various non-European foreign forces; colonialism, morality and its effect on clothing; sartorial changes and self-fashioning by the women of elite families; fashioning and the future of the blouse and emergence of a syncretic style of clothing.

Through the history of the blouse, this visually stimulating exhibition hopes to bring to focus the history of an everyday object which proves crucial to the politics of identity, morality and culture inviting us to rethink the power of ordinary objects in our self-fashioning and self-expression.

Looking into the Ancient Past

The climate of any geographical location is the key factor in determining the sartorial practices of the people of that region. The Indian subcontinent and its tropical climate naturally gravitated its people to wear garments which made them to survive the extreme hot summers.

Textile being an extremely delicate object, it is rare that we find actual evidences of costumes and clothing from India’s ancient past. The tropical climate of the subcontinent makes it impossible for textiles to survive and the near absence of any costumes makes it greatly difficult to study the history.

However, several archaeological temple statuaries and similar objects help us to illustrate the ways women would dress themselves in drapes covering their lower body, mostly wearing unstitched lengths of woven fabric, varying from wrapping the upper body or covering the breasts partially, even keeping their upper body bare at times and using more of jewellery and other adornments.

Women wearing stitched choli – the predecessor of the blouse – was a much later phenomenon which emerged across the subcontinent at different points. All the scriptures of yakshis, apsaras, and goddesses that we find on temple arches and amongst excavated relics show women leaving their upper bodies uncovered, with occasional waist bands or opulent jewellery covering them

Islamic Dynasties and the Change in Women’s Clothing

India has always been a land frequented by invaders from foreign lands which brought many changes in the cultural milieu of the country. From the 13th century with the rule of the Khajis, the Tughlaqs, the Sayyids and the Lodis, there were nuanced and significant changes in sartorial styles.

The royal women of the courts wore long robe like jamas over a layer of under clothing. The Islamic culture endorsed women to be completely covered. But gradually with time, there was a gradual shift in the way women of the royal courts dressed. Along with the jama, tight fitting angias, along with sheer odhnis were introduced as part of the earlier layered ensemble.

It was the result of cross pollination between the conservative Islamic culture and the prevalent culture of the larger Indian subcontinent, where women still either left their upper body naked or lightly covered by breast bands or cholis, exposing the midriff. While the women of Muslim courts wore angias as part of their ensemble, the deccan courts and women of western India during the medieval period wore ghagras (long skirt) with cholis, which were highly embroidered.

Over the centuries, with the advent of Mughal rule, a more varied culture appeared. Matrimonial alliances with Mughal rulers and Indian royal women were common which reflected in their costumes. There was an assimilation of different cultures which made women wear cholis/blouses while some women did not. It must be remembered here that choice of clothes, the matter of covering breasts, keeping body exposed also rested on the social position of women and it was never a uniform emergence of styles across India.

Colonising Women and their Sartorial Choices

The colonial rule in India, especially the Britishers who rules in India over centuries, had contributed significantly in introducing new forms of dressing, that was previously unknown to the men and women of this country. In fact, the words ‘petticoat’ and ‘blouse’ which we use so often to describe a traditional Indian ensemble, are ideas which are foreign.

From common women to even women of royalty, covering breasts, or wearing of fitted garments was not a uniform or standard practice.

We find ample examples of women in paintings, photographs, etc. to suggest that wearing loose drapes to cover bare minimum was encouraged in the Indian society. Also fitted tight clothes was not conducive to wear in the hot tropical climate of the country.

Introduction of a New Dress Code: The saree – blouse

By the 19th Century, there was a new emerging socio-cultural ethos. There were important reforms brought to empower women and improve their position in the society. Discussions around abolition of kulin practices of polygamy, campaign for widow remarriage, encouraging women to educate themselves occupied the minds of Indians. Consequently, women started coming out of their inner quarters and became more visible in the public spaces.

This created a discomfort in the Victorian sensibilities of the colonial society. Traditionally, sarees were worn without blouses or petticoats. This would mean that there was a substantial part of a woman’s body remained uncovered and exposed.

The Indians who spearheaded the reform movements, were also concerned how to dress their women “appropriately”. Nudity was looked down upon as something backward and immoral by the westernized society. Naturally it was sought to be of utmost importance to reform the way women would dress.

The woman, who singlehandedly brought about the change and introduced a new dress code for women, was Jnanadanandini Devi. Marries to Satyendranath Tagore (the first Indian to join the Indian Civil Services) Jnanadanandini travelled to western India with her husband. It is noted that during one occasion, Jnanadanandini was refused entry to a club since she was not “appropriately dressed”. Her travels and public life made her bring about significant sartorial reforms.

Being highly influences by the Parsee women and the newly introduced Parsee gara when she went to Western India, Jnanadanandini draped her saree with pleats tucked in middle and the longer loose end-palla-drawn across to cover the breasts and flowing down the left shoulder.

This style of saree draping came to be known as Nivi, from the Bengali word navin, meaning new.

Women started wearing elaborate undergarments or bodice underneath blouses. Blouses has high collars, frills, ribbons and brooches. Even saree was often draped by women of elite families to emulate the flow and drape of a western gown.

While women of elite and royal families were quick to take inspiration from the western influences, women who had a substantial public life as performers and musicians too adapted themselves as ways of self-fashioning to cater to the changing taste of the new public.

We traversed through centuries, from women not covering their breasts to covering them and to make them fit into garments – it is a long story replete with changing political climates and cultural differences. But what remains central to all these changing stories is the question of how women’s body has been at the center of contentious debates since ages. It also opens up what constitutes modern and tradition. The question of nudity and censorship that is so rampant in our contemporary time, probably needs to be revisited and answered – and this exhibition might be one such opportunity to address these questions. 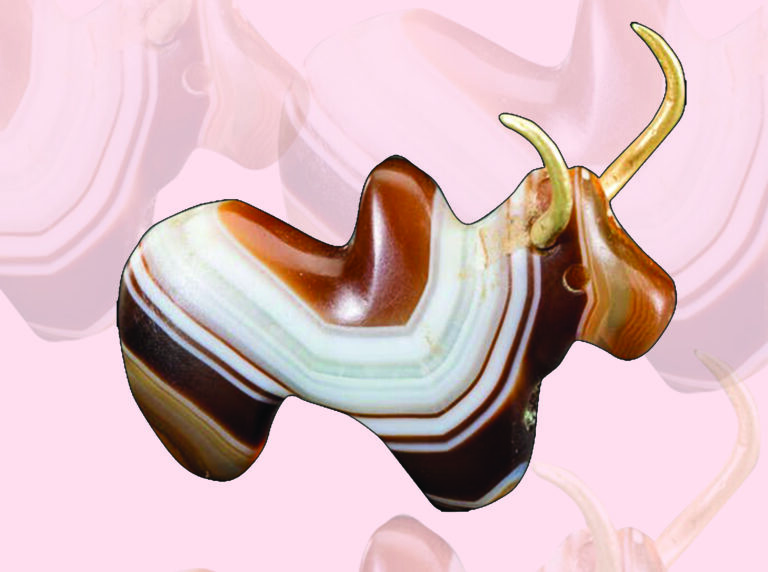